About the Hitachi Global Foundation

Nurturing People, Connecting to the Future

The Hitachi Global Foundation originates to five foundations established with a strong will of former executives of Hitachi, Ltd., including the Society for the Promotion of Technology in Japan established in 1967 by Chikara Kurata who was the second President of Hitachi, Ltd., and the other four were founded by Kenichiro Komai, the third President, and Kamejiro Takeuchi, former Vice President. Cherishing the original philosophy, each of the five foundations contributed to society for over 40 years with programs in the fields of home upbringing, youth development, promotion of science and technology, awareness raising of environmental conservation, and support for human development in Asia.
In April 2015, the five foundations were merged in the aim of better responding to social needs and implementing the continued programs organically, and also committed to developing the programs for better public benefits to tackle social challenges.
After the merger, the Hitachi Global Foundation has since been conducting our programs to respond to social needs together with the experience and knowledge of the Hitachi Group in the Foundation’s three key areas, namely “Promotion of Academic Research, Science and Technology,” “Human Development” and “Realization of an Inclusive Society” while inheriting the passion and philosophy of the founders of the five organizations, where the devotion of Hitachi’s foundations all started.
We will, with a perspective of the UN’s Sustainable Development Goals (SDGs), improve the quality of life and realize a better society in the long term. 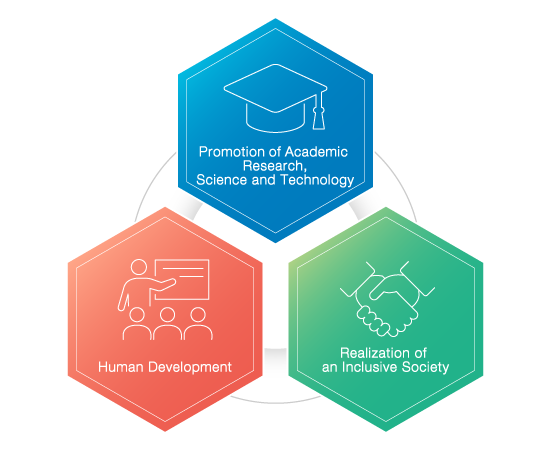 Introduction to The Hitachi Global Foundation