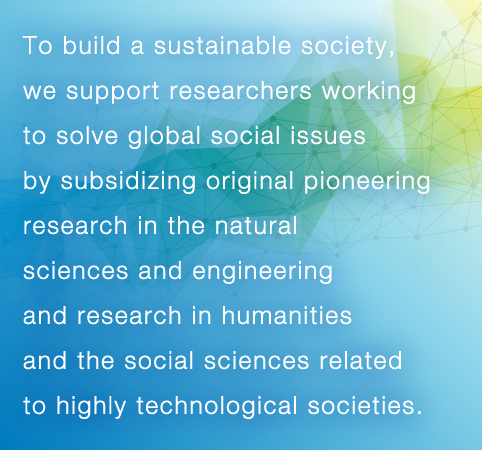 The Kurata Grant is a research fund for the advancement of science and technology in Japan proposed by and established with a donation from the second president of Hitachi, Ltd., the late Chikara Kurata, in 1967.

The grant can be used for direct expenses relating to the realization of the research aims. Note, however, that the following expenses are outside the scope of the grant:

A selection committee of outside experts will conduct a review based on the submitted documents. 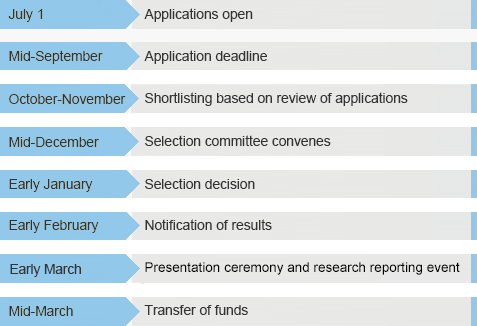 Application for Kurata grants in 2020 has ended. 【About the Kurata Grants】

In the early 1950s, Japan was faced with a situation in which Europe and the United States appeared to have overwhelmingly superior technology. At that time, Japan tended to rely on overseas technology in almost every field. President Kurata thought that as soon as possible Japan should promote science and technology that would benefit Japan. He resolved that Japan had to establish its own, world-class technology. This resolution became his lifetime goal. To achieve this goal, he contributed his company retirement allowance to set up the Kurata Grants.